Joe and his friend from school had a discussion in the car today about what they believed in.  They were talking about magic and Joe said, "I believe in magic in nature.  Like how a spider knows how to spin a web without being taught."
This was on the way to the Pittsfield Grange, where they were having "Apple Day."  We got to press our own cider, and now I want to own a cider press.  It was soooooooo tasty. 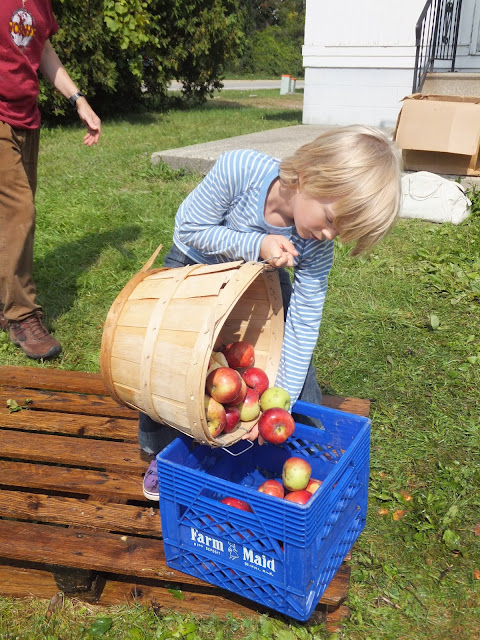 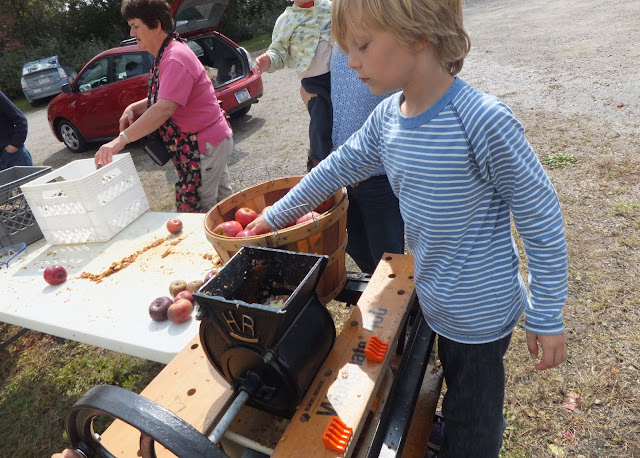 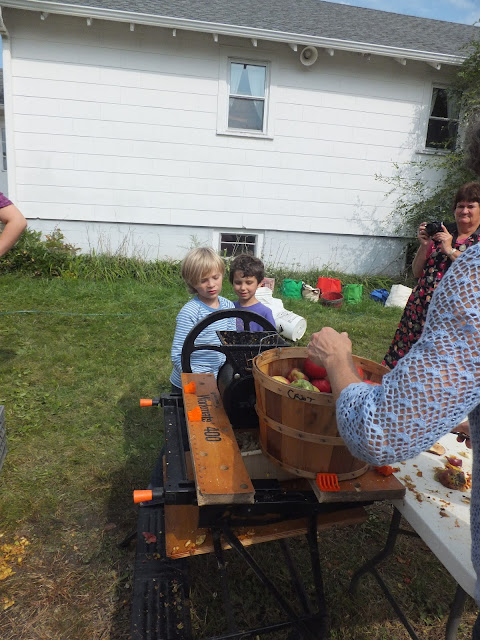 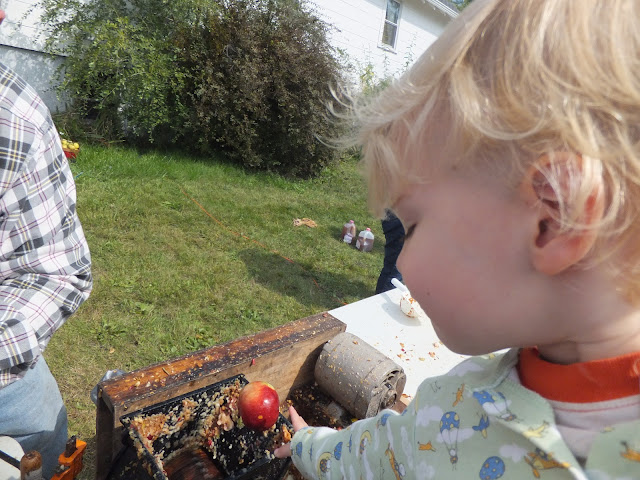 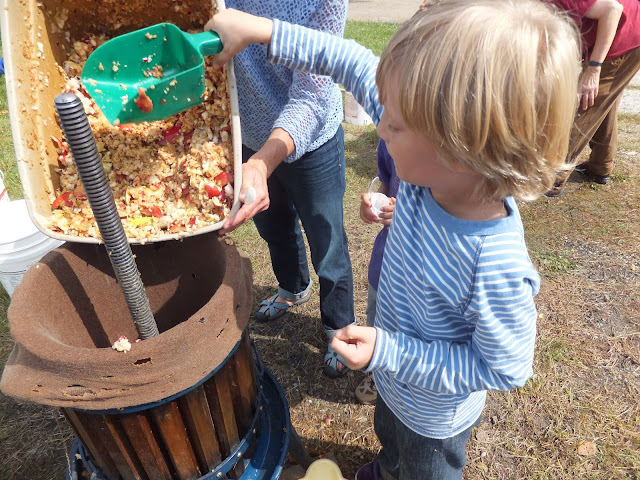 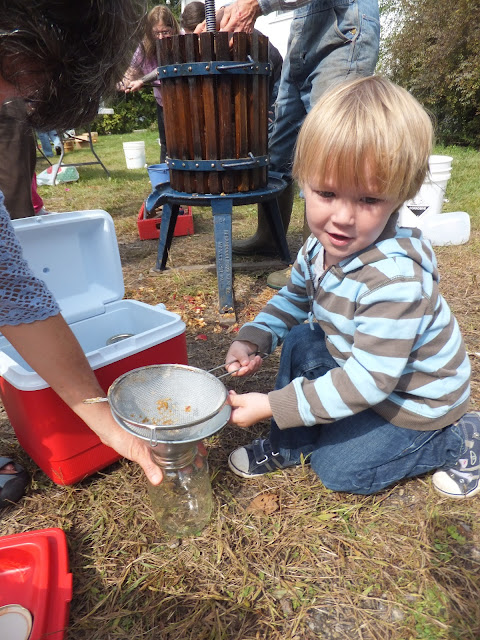 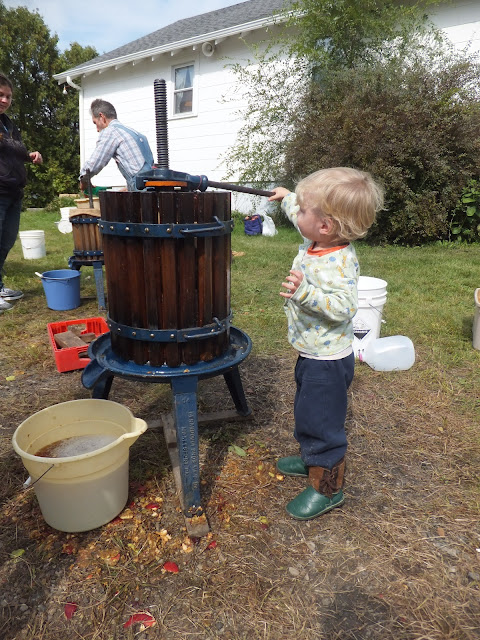 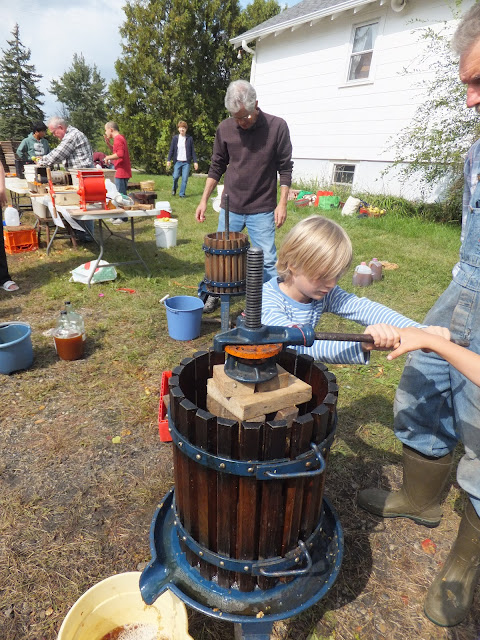 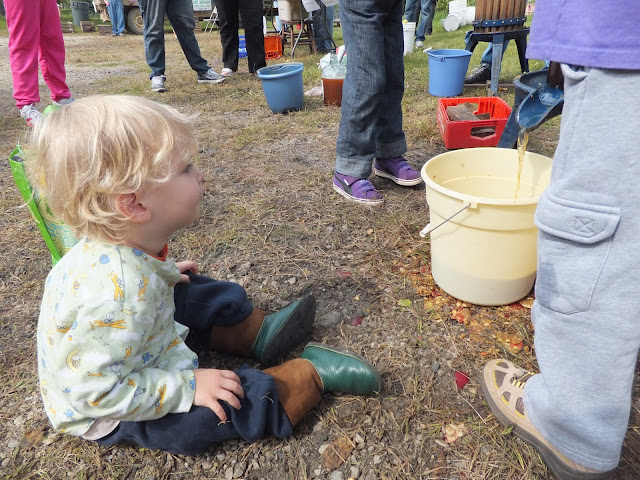 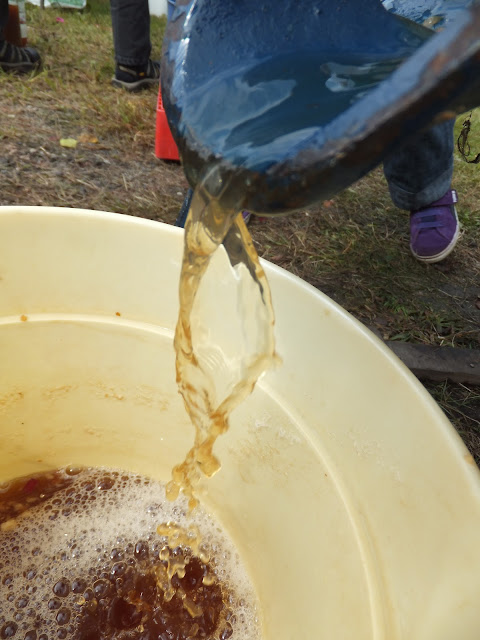 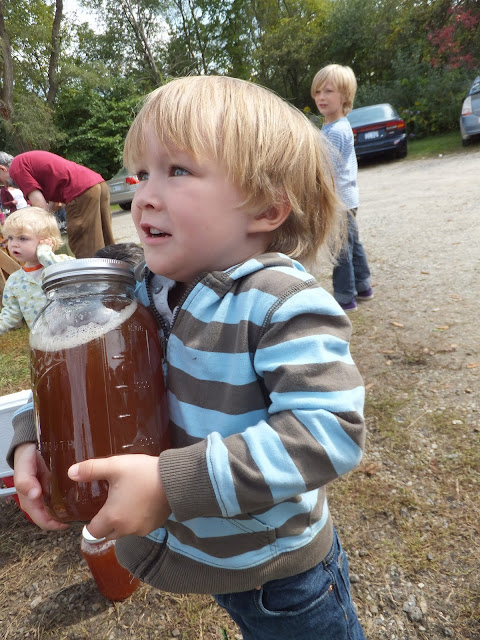 For some reason around here, cooler weather means poetry.  I'm wondering if Joe's discussion this morning was fueled by this poem I read at breakfast:
The Ways of Living Things
Jack Prelutsky
There is a wonder past all wonder
in the ways of living things,
in a worm's intrepid wriggling,
in the song a blackbird sings,
In the grandeur of an eagle
and the fury of a shark,
in the calmness of a tortoise
on a meadow in the dark,
In the splendor of a sea gull
as it plummets from the sky,
in the incandescent shimmer
of a noisy dragonfly,
In a heron, still and silent
underneath a crecent moon,
in a butterfly emerging
from its silver-spun cocoon.
In a fish's joyful splashing,
in a snake that makes no sound,
in the smallest salamander
there is wonder to be found.
Poems especially resonate for Joseph.  I've also been reading Something Told the Wild Geese by Rachel Field since it's so seasonally apropriate for us right now.  We were eating breakfast the first time I read it and he asked me to read it four times.  He just sat there quietly, intensely, looking stright ahead, eyes squinted.  It was like I could see his little mind working.
Something told the wild geese
It was time to go.
Though the fields lay golden
Something whispered- "Snow."
Leaves were green and stirring,
Berries, luster-glossed,
But beneath warm feathers
Something whispered- "Frost."
All the sagging orchards
Steamed with amber spice,
But each wild beast stiffened
At remembered ice.
Something told the wild geese
It was time to fly-
Summer sun was on their wings,
Winter in their cry.
﻿
Posted by Julia at 6:02 PM