Okay, I glued this pitiful house together in about three minutes...  Don't laugh at how crappy it is...
﻿ 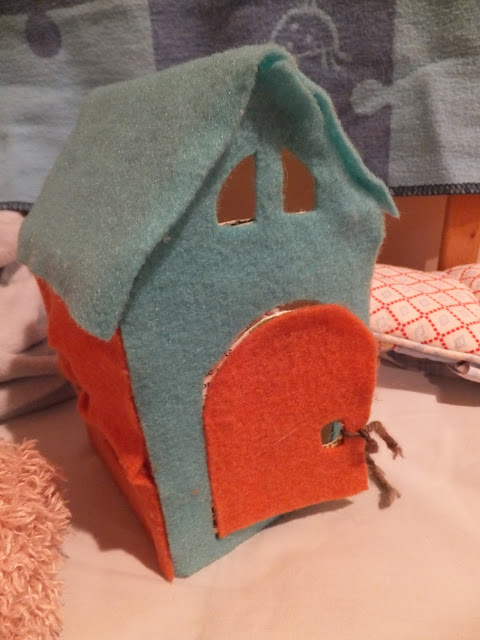 What is it? It looks like something made by a second grader. It's already falling apart. But this little house, made out of a milk carton and some felt, has been one of the most useful things I've made in a while. It is... a baba house. 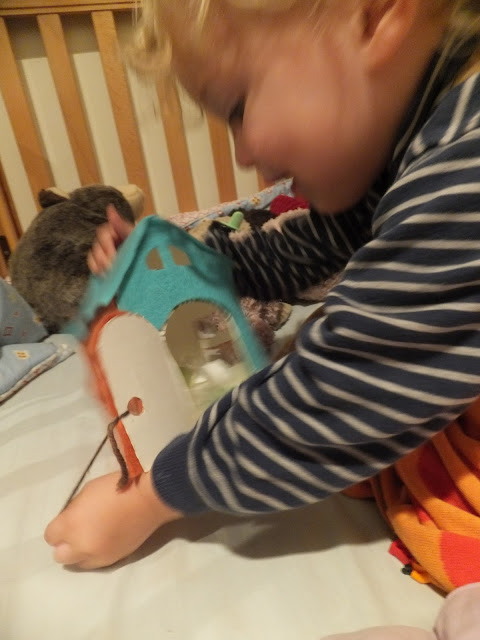 Danny loves him some pacifier (baba = pacifier) and we reached a point where there was one in his mouth pretty much all the time.  He was beginning to sound like Sylvester the Looney Tunes cat.  So I threw together this little baba house for him to keep his babas in when he's not in his crib.  I can't believe how well it's worked.  When he wakes up in the morning he puts all his babas in the house and then at nap, we go in and knock on the baba house door and then he dumps them all out, "BABAS!!!"  He's perfectly happy to put them all back in when he wakes up and to store them there until bedtime.  It also makes going to bed easier, "Let's go knock on the baba house door!"  And he doesn't seem to mind if we find one randomly in the house, he just goes and puts it in the baba house.  I'm hoping that limiting their use will also protect his teeth from an overbite.  I'll discuss this with our super awesome dentist in October, when Danny has his first appointment.
Posted by Julia at 6:04 PM