I'll just take a quick moment to be sentimental about these chickens of ours... 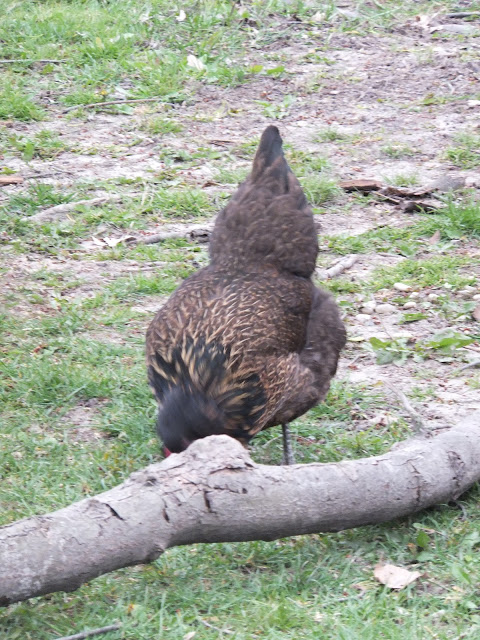 I'd been thinking about getting chickens for a long time but didn't have the opportunity to have them until now.  Before we signed the lease for this place we were checking out the back yard, standing next to the fenced-in dog run and Chris said to me, "We could put chickens in there."  It was so romantic.
Then, just as we were getting ready to move, our friend had to get rid of hers, so the timing was a bit rushed, but otherwise perfect!
She dropped them off at 8:30 at night on the day we moved in.  It was dark and I wasn't able to get a good look at them, but I could hear chicken mumbling coming from the box.  I had done some on-line reading about keeping backyard chickens and also had a short manual, but I wasn't feeling very confident.  All the information I found seemed overly simplified.  And I really didn't want them to die.  So I had a mental list of questions/concerns for my friend...

And it actually turned out to be that easy.  I had planned on getting a waterer and a feeder even though she was so blasé about them, but the store was so far away and I didn't want to pay shipping costs to get one and like I said, it turned out to be just as easy as she said.  Unbelievably easy.
Unless of course, they escape.  Then you have to learn how to catch them and pick them up and hope no one is watching because you will look like an idiot.

Besides discovering how easy it is to take care of chickens, we've also realized how good it is for the boys, particularly Matthew who has been having a bit of a self-confidence struggle lately.  When it comes to the chickens, he's an expert.  Gathering eggs (we never did get a nesting box because they just lay in the back corner of the dog house), letting them out, putting them back in, picking them up, teaching neighbor kids.  We were with our friends who used to own them last weekend and I overheard this exchange,
Her:  How are the chickens?
Matthew:  I LOVE them. 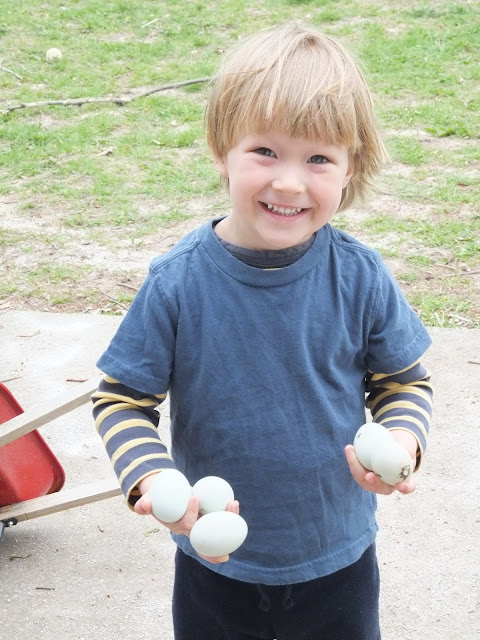 These chickens...  They are just the right amount of responsibility for Joseph.  He feeds and waters them.  It's not too hard, but it does need to be done every morning and night.

It's been so good for the whole family. 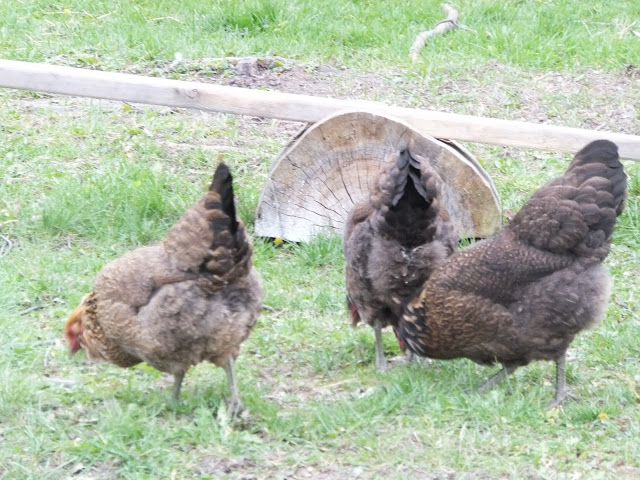 We bring them scraps from the kitchen in exchange for their eggs. 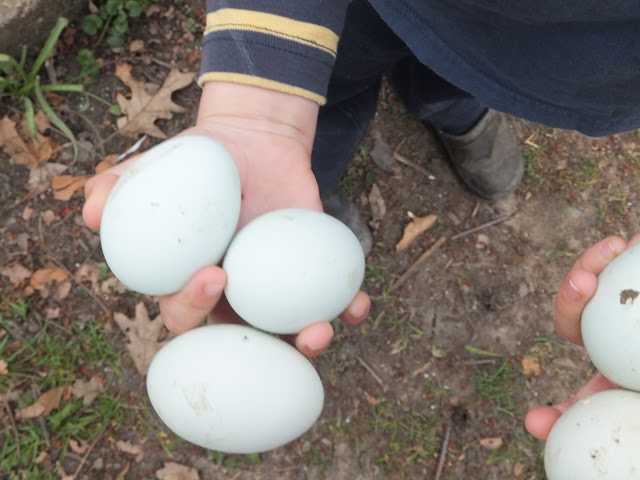 They eat carrot tops, strawberry tops, they LOVE anything green.  They eat worms and roly-polys out of the boys hands.  Sometimes they come up to the back door and look in.  They mostly stick together.  They take dust baths between the roots of the huge maple and then nap there.  Then when they stand up and shake, a huge cloud billows out from under their feathers and envelops them in dust.  They are hilarious and perfect for us.
Posted by Julia at 6:42 AM