I found this guy in the kitchen a few days ago (a black swallowtail caterpillar.) 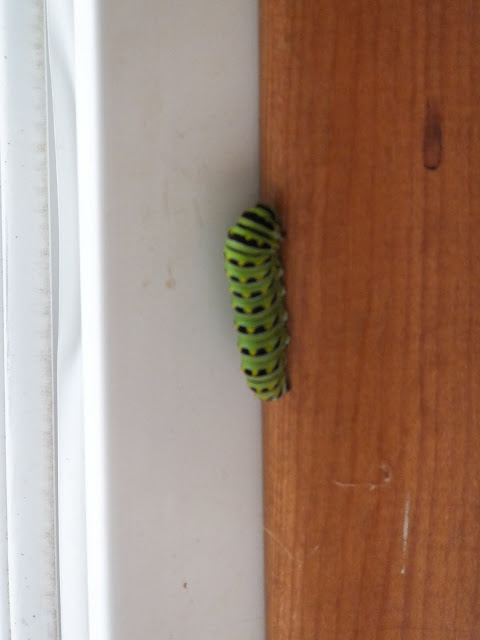 At first when I spotted it I wondered how it got in the house, then I realized that there was a parsley plant I had bought several days ago still in the bag hanging on the door (I WAS intending to plant it...)  When I peeked in the bag, there was almost none of the plant left.  Just little nubs where all the leaves used to be and the plastic pack it was planted in was filled with caterpillar poop.  We suspected it was getting ready to change into it's chrysalis because it wasn't moving, so I coaxed it on to a big bunch of parsley from the grocery store and put it in our aquarium where it would be safer.  And the next morning it had changed!  It should be a few weeks before it comes out, which means we might be taking an aquarium on our road trip to Cape Cod. 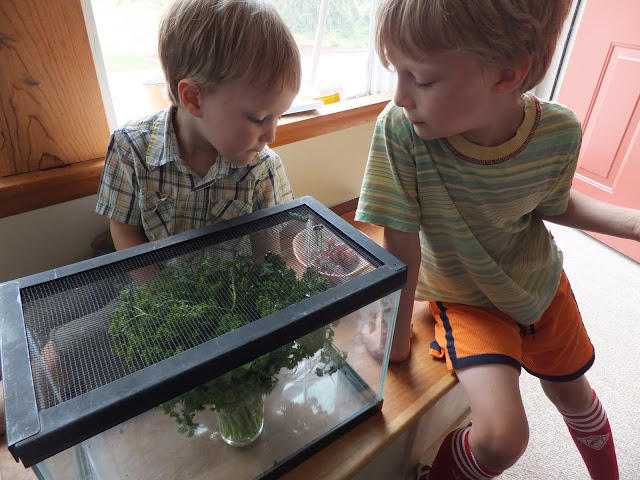 We also bought this sensitive plant.  I love it.  It goes to bed at 8 and doesn't open it's leaves again until 10 AM.  I have never seen a blooming sensitive plant before, the flowers look like firecrackers. 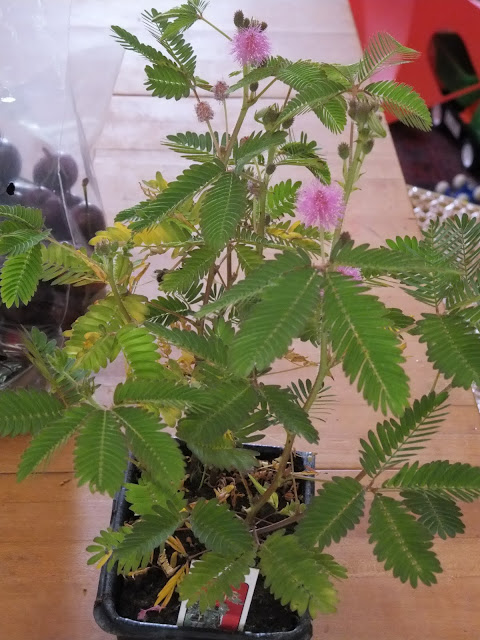 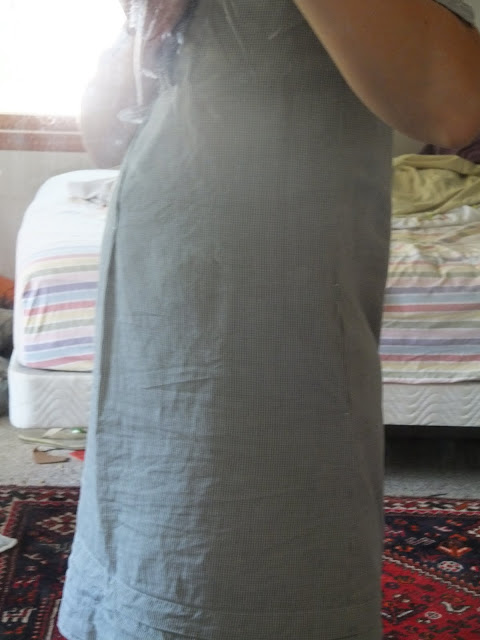 This is an intentionally bad picture of my baby bump and it might be the only one I ever post.
Posted by Julia at 8:14 PM