Yellowstone is 4 hours Too Far 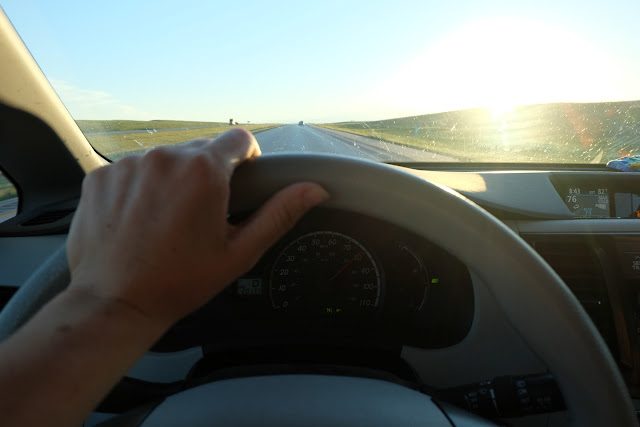 It crossed both our minds to just lie to people and tell them that Yellowstone was GREAT!  But the truth is, we got to the Big Horn Mountains about four hours away from Yellowstone and decided to turn back. 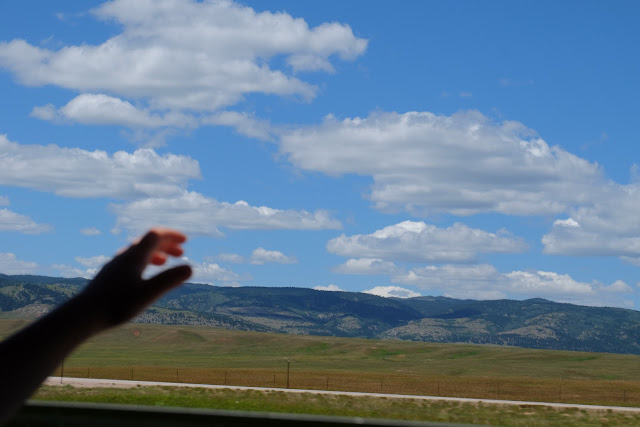 I really wasn't expecting the trip to be as exhausting as it was since we've made the 11 hour drive to Michigan several times fairly efficiently and without any problems.  Yes, it was exhausting.  But it was still a great trip.  It just wasn't as easy as I had anticipated.

There were several times when I needed to summon my inner Buddha.  Like the time when we pulled up to our reserved campsite at 10:30 at night and found it was being used because our reservation was for August 24th, not July.  Or when someone had to pee five minutes after we got back on the highway from a bathroom break (DANNY...  I'm looking at you here.) 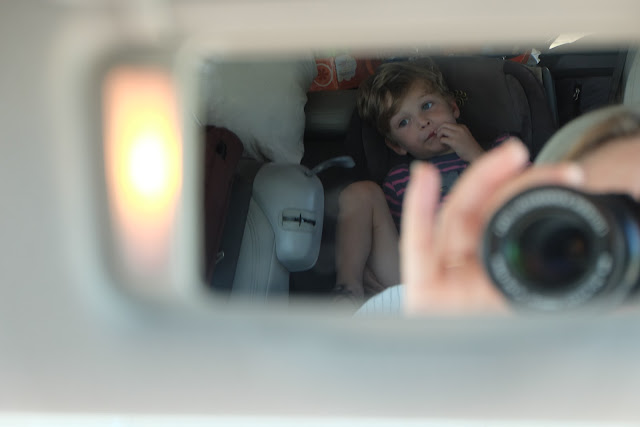 Also, I never figured out why it took 2 hours to pack the campsite back into the car.  We were never on the road before 10. 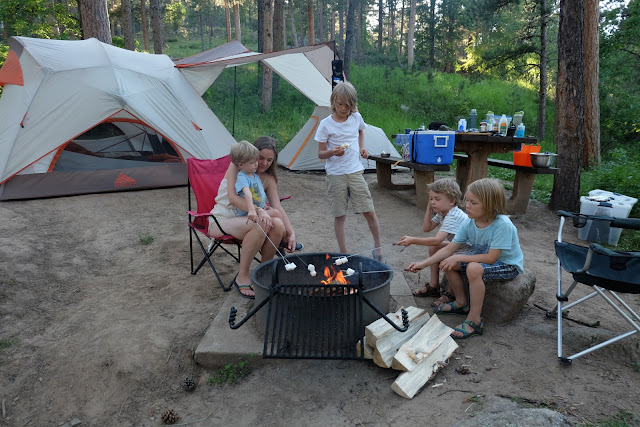 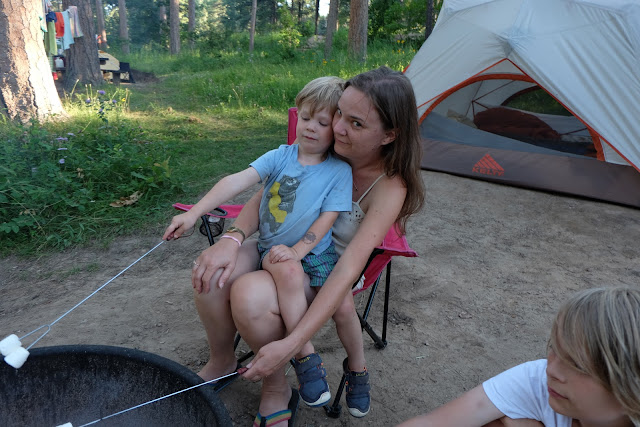 There were two other things that were completely my fault that added a thin mist of anxiety to the air.  One was that I forgot to get the oil changed in the van and it was 1,000 miles overdue which meant that the car was repeatedly asking me to change the oil and I was worried that the engine was going to melt the whole time.  The other even stupider thing was that I decided we would bring some monarch caterpillars along with us because I don't know why. 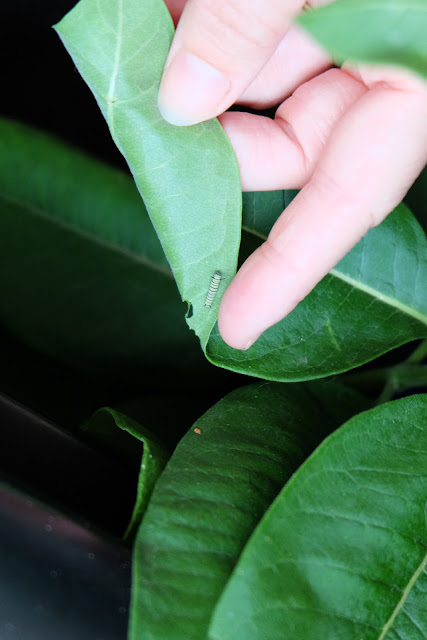 I made some feeble attempts to find someone to watch them but I didn't try too hard because I figured I could just stick a water jar in a cup holder and they would be fine because they don't leave their food source.  But I obviously didn't think it through because the milkweed plant that I picked died pretty quickly from being in the hot car and once we got far into South Dakota, I couldn't find any milkweed anywhere.

I was racked with what most people would consider an inordinate amount of guilt because I was sure they were going to die of starvation.  It's really sad when this happens because when the plant becomes inedible, the caterpillars decide that they must go in search of food and they wander off even though their chances of finding another plant are pretty slim.  So wise and brave, these caterpillars.  Anyway, as you can see I get sentimental about caterpillars.  Luckily I DID MANAGE TO FIND A HUGE PATCH OF MILKWEED!  I was astonished.  So we set them free in the Black Hills.  I'm choosing not to think about whether or not they are going to survive in a completely different location from where the hatched, or if it will screw up their internal navigation if they manage to make it to the butterfly stage.  I asked a naturalist at a state park if they have monarchs in S.D. and she said they did, but they're very rare.  So that's a glimmer of hope at least.

After the caterpillar drama was resolved I felt much better.  The Black Hills!  So fun! 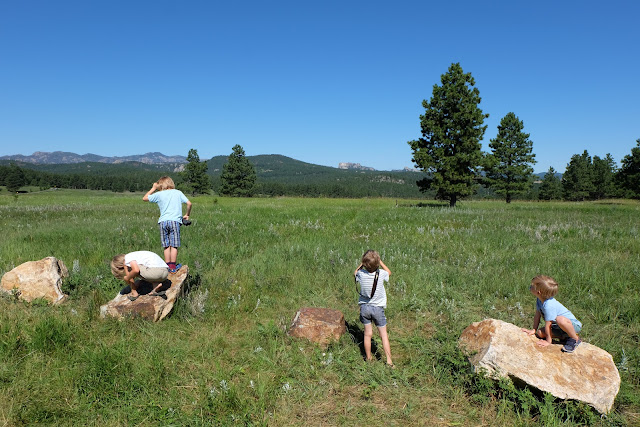 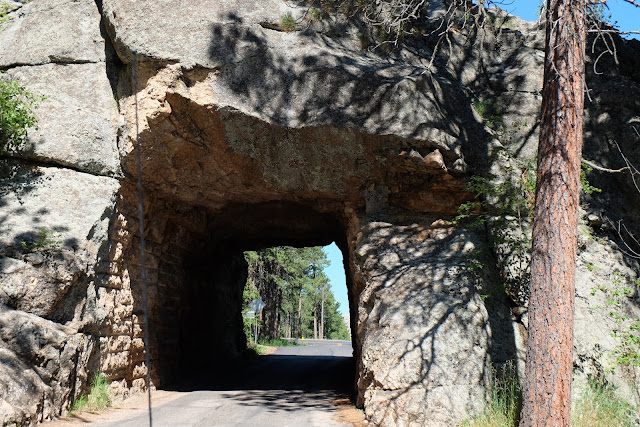 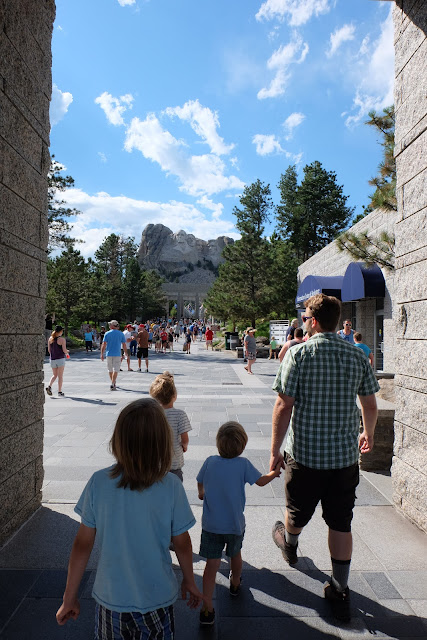 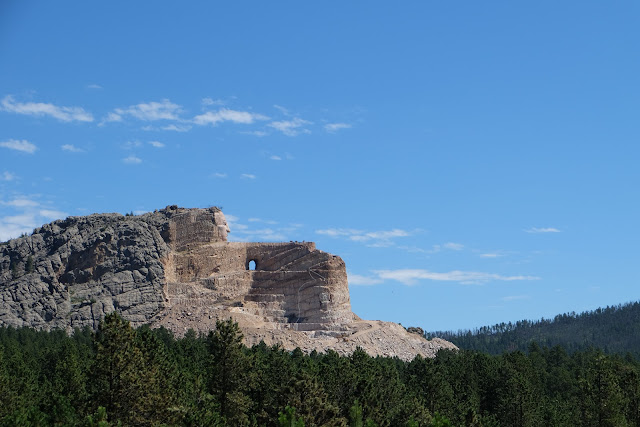 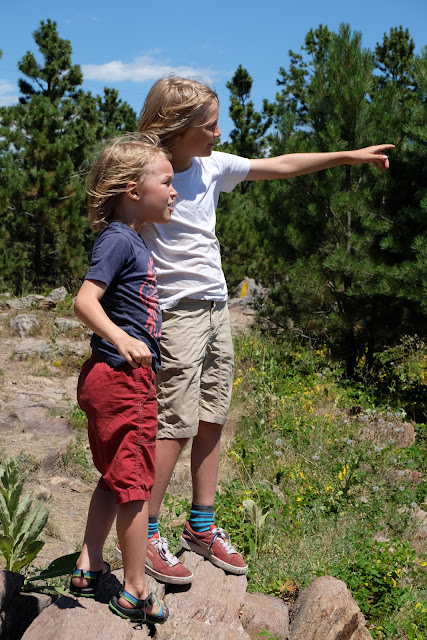 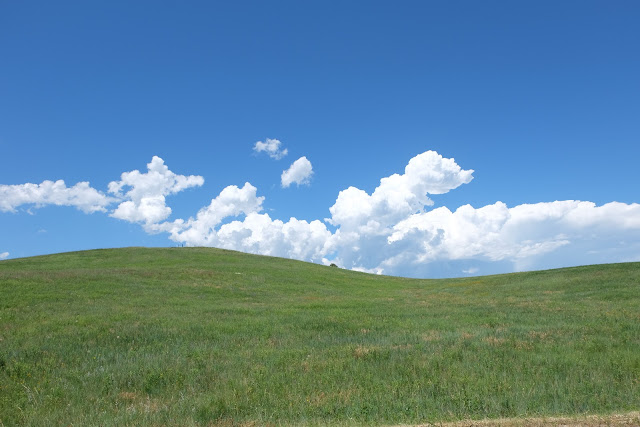 We were there for two nights and then hit the road again, thinking we'd do the 8 hours in one day and be in Yellowstone before bedtime.  But we only got four hours west before the evening set in and had to find a campsite in the Big Horn Mountains, which is pretty much exactly half way between the Black Hills and Yellowstone.

Ahhh...  Los Big Horns...  I found them to be overwhelming.  It was 30 degrees so we all crammed into the big tent. 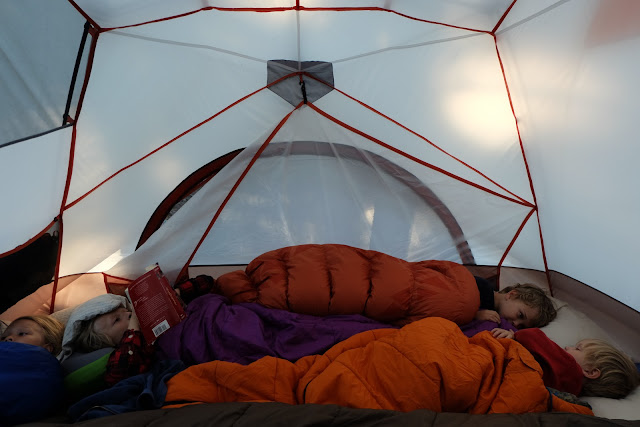 And I spent the entire night awake worrying.  I've never experienced that level of intensity of wind and lightning before, so thanks for that, Big Horns.  I take back what I said about it taking two hours to pack up the campsite, because I just realized that we were out of there the next morning in about 45 minutes.  Also, there were hungry bears lurking around every tree.

It was beautiful and overwhelming and made me feel very small.  I'd like to go back with a down parka and a wool hat and probably mittens and a lot of bear spray.  We were just underprepared for that amount of wilderness I think.

I talked to some other campers and they told us that it was going to be colder in Yellowstone because the elevation was higher.  So...  BACK TO THE BLACK HILLS!   Where it is partly cloudy and 80 degrees!  And there aren't any bugs!  Or bears!  Or mountain lions!

We stayed there for two more nights and then headed home with a stop in the Badlands and Wall Drug. 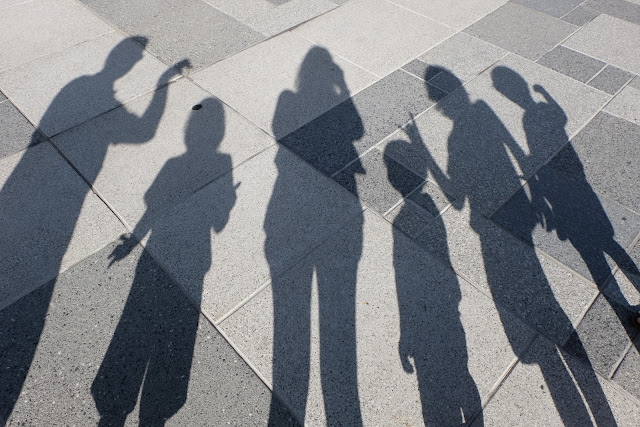